Our Recovery Topic is the year end review

Jane Velez Mitchell – How To Avoid Relapse During Holidays
http://www.youtube.com/watch?v=azX-IW36CAs&feature=em-subs_digest

This episode is a small prelude to the upcoming Episode 395, the Year End Review when I’m joined by Joe, Spencer, Russ or some combination thereof. 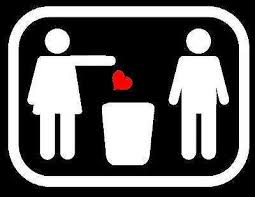 Tonight, Mark, Joe, Aaron, and Russ gather and discuss relationships.  We discussed how to determine if relationships are healthy, toxic, and how to disengage if they are toxic  .Joe began the show by reflecting on how relationships can be helpful in recovery.  By being in the fellowship, Joe learned how to have fun.  He thought that when he first came into the program, his life with fun in it was over.  Being able to talk and relate with others have helped him in recovery.  Healthy relationships have taught Joe how to live.

Aaron shared that relationships have improved since he came into the program.  He now hangs around with crazy AA people he now calls friends.  Friendships outside the fellowship have improved and increases.  Mark shared that friends inside AA have helped him by challenging him.  When Russ first came around, he had no idea what a healthy relationship was.  At first, Russ made a few very good and close friends; all his drinking buddies fell away right away.  Aaron shared that when he first came in, his old friends still wanted to hang out.  Aaron said he had to separate himself from these toxic relations which was very difficult.  Russ said that he first began healthy relationships at meetings.  Russ old idea of having fun with friends turned out be very dangerous for him.  Early in the program, Russ began to share what he thought was feelings with other men for the first time.  At first, the only feeling he was aware of was anger.  Russ’ social life began by attending sober parties, playing cards, and he even learned how to play backgammon.  Mark could relate with only allowing anger to be felt as a feeling, but the program taught him that anger was a mask covering deeper feelings.

Our Recovery Topic is Relationships, family, friends, and lovers

Check out the great new Recovery website and podcast for those who care for those with addictions!
click The Recovery Show at therecoveryshow.com

How do you spend new years eve sober?
http://www.youtube.com/watch?v=oXwnH8AOmJo&feature=em-uploademail 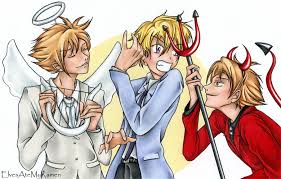 Mark, Joe and Russ discuss the Recovery Topic of Willpower. Joe shared that before he came into the program, he was in college taking a degree in philosophy. He studied both Teddy Roosevelt and Niche and their thoughts on Willpower. Joe also shared that in his up bringing, willpower was something expected of men.

Joe shared that his friends would put some social pressure on him to control himself by just having a couple of drinks when they went out. Joe said that he learned to leave events early and drink heavily after. Joe shared that as his disease progressed he could now see his powerlessness. He can remember drinking even when he didn’t want to drink. When Joe first came into the program he could recognize that he was unmanageable, but powerlessness was something that he had to work on to recognize it in his life.

Russ shared from the chapter in the Big Book, There is a Solution. The book tells us that when it comes to the first drink, we are powerless. But then we switched our view from the negative aspect to the positive aspect of willpower. Self-will is usually a negative when it comes to the program, but Russ shared that our problems are usually a result of misused willpower. Russ shared that his Higher Power is the source of power against the first drink. Russ shared that using willpower in the program is a positive use of willpower to do the things he may not want to do. Joe shared that willingness is critical in a program of recovery. Using willpower allows us to be willing to try something different. Working a program requires a willingness to do things we may not want to do and this is a positive use of willpower.

Our Recovery Topic is Willpower

Recovered 391 – News From The Recovered Community

amspn.com – We have launched our new podcasting network
ams pn .com – The andy mark network
It is a showcase of recovery friendly podcasts
you can see the lineup of of shows at ams pn .com

Right now we have this show recovered as the flagship podcast for the network.

And we have just launched a new al-anon show called

the recovery show at
therecoveryshow.com

In the mean time, if you want to participate in the recovery show comunity, go on over to
therecoveryshow.com,
all the latest information will be provided

this is also a unique situation where you as a listener have the opportunity to shape the podcast
give us your feedback and suggestions, and we just may use your ideas.

Our Recovery Topic is Complacency

Alcohol Effects on your Brain
http://www.youtube.com/watch?v=vkpz7xFTWJo

Mark, Joe, Spencer, and Russ share their gratitude during this U.S. Holiday season of Thanksgiving. Russ and Mark both agree that Gratitude is one of the most important tools in their tool box of recovery. Joe shared that one of the first things he learned in recovery was Gratitude. Joe shared that early in his program he heard Mike O. always opened his share with the statement, “If I stay grateful, I’ll stay sober.” Joe shared that if he admits that many things are out of his control, this realization helps him to stay grateful. Joe shared that he uses pen and paper to form his gratitude list. He makes a physical list and he still has the first one he made in recovery. The things that are on that original list, he is still grateful for.

Spencer, an Al-anon, was not grateful when he first came into the program, although he heard a lot of others say they were. But now, he is grateful to be a member of Al-anon. Spencer shared his gratitude tool takes the form of a mental list. When he has difficulty falling asleep, he uses that alphabet starting with the letter A and thinks of something he is grateful for that begins with the letter A. Spencer said that he has always fallen asleep before he reaches the letter Z.

We shared that gratitude is the result of something we do. When we start to feel down during this holiday season, we have found that making a list, going to a meeting, talking to someone, always helps us to stay grateful and our spirits are lifted.

Our Recovery Topic is Gratitude

Since it is the Thanksgiving holiday here in the U.S., I thought we’d take this opportunity to discuss the things we are grateful for.

Clips we will cover today include:

Jane Velez Mitchell – What if You Accidentally Take a Sip, Is it a Slip
http://www.youtube.com/watch?v=QO0GKU5SNQM&feature=relmfu