Why Tim McGraw Gave up Drinking

Tonight, our
Recovery Topic
is
The persistent illusion
you know…
the thought that someday I can control and enjoy my drinking is the great obsession of every abnormal drinker.

On today’s show, our Recovery Topic is….
Balance in Recovery
The challenge of living a balanced life
a balance between recovery and all aspects of life
balance in body, mind, and spirit 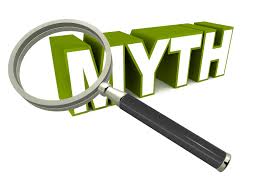 On today’s show, our Recovery Topic is….
Addiction Myths

What myths did you hold to be true?
What were some of the surprises you found in the fellowship?

Meeting Formats.
What kind of meetings have you attended?

On today’s show, our Recovery Topic is….
The recovery podcasters roundtable

JMV – How to Helps Someone Get Sober
http://www.youtube.com/watch?v=KiyfQlxFQ5A&feature=em-subs_digest

On today’s show, our Recovery Topic is….
Relapse
we will discuss our experience strength and hope around this subject of relapse
we will look at some of the warning signs, and maybe talk about prevention.

Newt Gingrich and His Experience with the Big Book
http://www.youtube.com/watch?v=87_-AtOJztw

Drinking at the Workplace is a Danger
http://www.youtube.com/watch?v=ddnTpEDW2B4

This Episode is sponsored by Siegfried W.

Mark, Joe, Spencer, and Russ discuss their successes and failures in 2012.  Joe started the show by talking about how his work in the program has paid off this year.  The living amends Joe worked on paid off in his family relations, especially with his father, sister, and nephew.  Joe said that he received so much more than sobriety by working the steps.  The program gave him the tools to change so that his family relationships could grow.

Spencer talked about the power of steps 6 and 7.  He had worked these steps previously, but this time he really explored some fear areas of his life and he was more ready to accept them as part of his life.  By working these steps, he received relief.  As soon as he was ready, the grip on him started to be removed and he got relief.  Spencer understands that he is being relieved of these fears, they are not gone, but lessened.  There is work to be done and habits have been formed around these fears and he is working on it.  It is a relief for Spencer to talk about these fears.

Russ shared about his ability to be a citizen of the world.  Russ is more aware of his gratitude for opportunities because of his sobriety.  There have been ups and downs but he is more aware of the necessity to be open minded.  He has discovered the gifts of the program but is also aware there is more work to be done.  Just like if he was to receive a new car as a gift, he still would have to change the oil and do a maintenance program to take care of the gift.  Russ shared that growth implies change and sometimes change can be painful.

Mark shared that his so grateful to be able to go through the difficult moments sober, like the death of his son.  He is grateful for the program and the fellowship so that he can feel the feelings and not have to take a drink to cope.  Mark shared that he has more awareness of his need for his higher power.  Mark is also more aware his profound love for the people around him.  These are both gifts of the program.