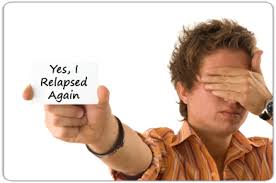 Aaron shared that he never really tried to get sober before he came to the program.  Mark shared about his experience with over confidence in recovery.  Over confidence led him into a situation where he thought about drinking, but he called his sponsor first.  Mark learned a valuable lesson, stay accountable and always beware that relapse is only a sip away.  Aaron shared that when a friend relapses and returns to the fellowship, he notices that regret and shame is such a big part of their early re-recovery.

Spencer shared that when his loved-ones relapsed, he had to learn how to manage his craving to control the other person’s behavior.  Mark shared from the Big Book on page 34.  The lesson is to never get to Hungry, Angry, Lonely, nor Tired (HALT).

This Episode is sponsored by Siegfried W.

Mark, Joe, Spencer, and Russ discuss their successes and failures in 2012.  Joe started the show by talking about how his work in the program has paid off this year.  The living amends Joe worked on paid off in his family relations, especially with his father, sister, and nephew.  Joe said that he received so much more than sobriety by working the steps.  The program gave him the tools to change so that his family relationships could grow.

Spencer talked about the power of steps 6 and 7.  He had worked these steps previously, but this time he really explored some fear areas of his life and he was more ready to accept them as part of his life.  By working these steps, he received relief.  As soon as he was ready, the grip on him started to be removed and he got relief.  Spencer understands that he is being relieved of these fears, they are not gone, but lessened.  There is work to be done and habits have been formed around these fears and he is working on it.  It is a relief for Spencer to talk about these fears.

Russ shared about his ability to be a citizen of the world.  Russ is more aware of his gratitude for opportunities because of his sobriety.  There have been ups and downs but he is more aware of the necessity to be open minded.  He has discovered the gifts of the program but is also aware there is more work to be done.  Just like if he was to receive a new car as a gift, he still would have to change the oil and do a maintenance program to take care of the gift.  Russ shared that growth implies change and sometimes change can be painful.

Mark shared that his so grateful to be able to go through the difficult moments sober, like the death of his son.  He is grateful for the program and the fellowship so that he can feel the feelings and not have to take a drink to cope.  Mark shared that he has more awareness of his need for his higher power.  Mark is also more aware his profound love for the people around him.  These are both gifts of the program.

Joe started by sharing that he was in relationship when he first came into the program.  Initially, the fact that Joe was sober helped their relationship. Unlike other women that Joe had dated before recovery, this woman didn’t drink much.  After about a year of being sober, they decided to part ways.  One of the reasons was that the fellowship took a lot of Joe’s attention.

Aaron came into the fellowship “single” and was terrified of the thought of dating in sobriety.  The main reason for this fear was that Aaron thought that everybody drank and he just didn’t want to be around drinking people early on.  After a little bit of time, Aaron realized that most people don’t drink like he used to.  The first person he dated was not in the fellowship and was a very light drinker.  Aaron didn’t think it to be appropriate or “ethical”  to date new people in the fellowship.

When Chris came into the program, Chris was married.  Initially, the program helped his marriage and she was supportive of his involvement in the fellowship.  However, Chris did stay at home with the kids for functions that included drinking when they would have gone as a couple.

Joe along with Aaron shared their reservations of dating people inside the fellowship; mainly because of their observations that it doesn’t work very well.  Joe shared about fear of dating someone who may relapse during the relationship. The panel also shared about the suggested “no relationships for a year” rule.

Alex and Russ called in.
Helen contributed with an email.

Our Recovery Topic is Dating in Recovery

what was it like?
what is it like now?
what is your experience?
what are some of the challenges?

How to Prevent Addictions for Youth – Jane Velez Mitchell on the Fix
http://www.youtube.com/watch?v=Xb2vOvIYSNw&feature=em-subs_digest-newavtr

We interviewed:
Jillian S.
Elaine C.
Dan
Russ shared his vision of being disciplined by contrasting his being undisciplined when he first came into the program.  As a matter of fact, his lack of discipline was a major reason for his coming to the tables.  Russ’ first effort at discipline was to make 90 meetings in 90 days, which he accomplished.  Russ did this as a pain avoidance mechanism.
Spencer shared from his Al-Anon perspective.  Spencer came into the program to get relief from the pain caused by other people’s drinking.  His first act of discipline was to make meetings which was followed by a commitment to a group to work the steps with his AWOL (A Way Of Live) group.  Making a commitment to a group helped keep him accountable and helped him finish what he started.
Joe shared that he come into the program undisciplined.  Joe was happy to hear the slogan “let it go” at first but then learned that discipline was needed to work the steps, get involved in the program, and to become part of the group.

On today’s episode, Mark, Joe, and Russ discus a Recovery Environment. What things attract us to certain meetings? Russ shares that being greeted at a new meeting when he enters a new meeting creates a welcoming environment which makes him feels comfortable.

Joe shares that as a new guy two people greeted him immediately as he entered the club. Joe thinks it’s important to address anyone who he does not recognize just in case the guy is new. Russ shared that a 90 in 90 was recommended at some of his first meetings. 90 in 90 is making 90 meetings in 90 days. This allowed Russ to find the kind of meetings he felt comfortable.

The Recovery Topic tonight is Isolation.  Mark, Joe, and Spencer discuss Isolation before and after coming into the fellowship.  Joe shared that before the program, he could isolate even when in a crowd because he was disconnected with his piers.  Spencer, who is a member of Al-anon, shared that because of shame he isolated into himself so he didn’t have to face other people.

Joe shared that since he entered the fellowship, it’s important to stay connected to other recovery people so that they can call him out on his behavior.  Spencer shared that when he shares a problem at a meeting, he feels better as opposed to when he avoids sharing a problem and the problem tends to consume him.

My sponsor, Russ, and a friend of Andrew, Joe, take the time to discuss memories, triumphs, and struggles we experienced with Andrew.  Russ met Andrew in 2003 when he was 16 and Joe spent alot of time 6 years later when Joe was new. Chess, service work and humor are the things that Andrew shared with everyone he encountered.

Recovered 370 – The Future of the Podcast

Tonight’s Recovery Topic is the Future of the Podcast

Mark is solo tonight and he discusses his plans for the future of the show.  Mark talk’s about improving the equipment in the studio and the software.  He also discusses his desire to start an interview segment during the show.  Whether using Skype or his iPhone, Mark would like to interview leaders in the recovery world.